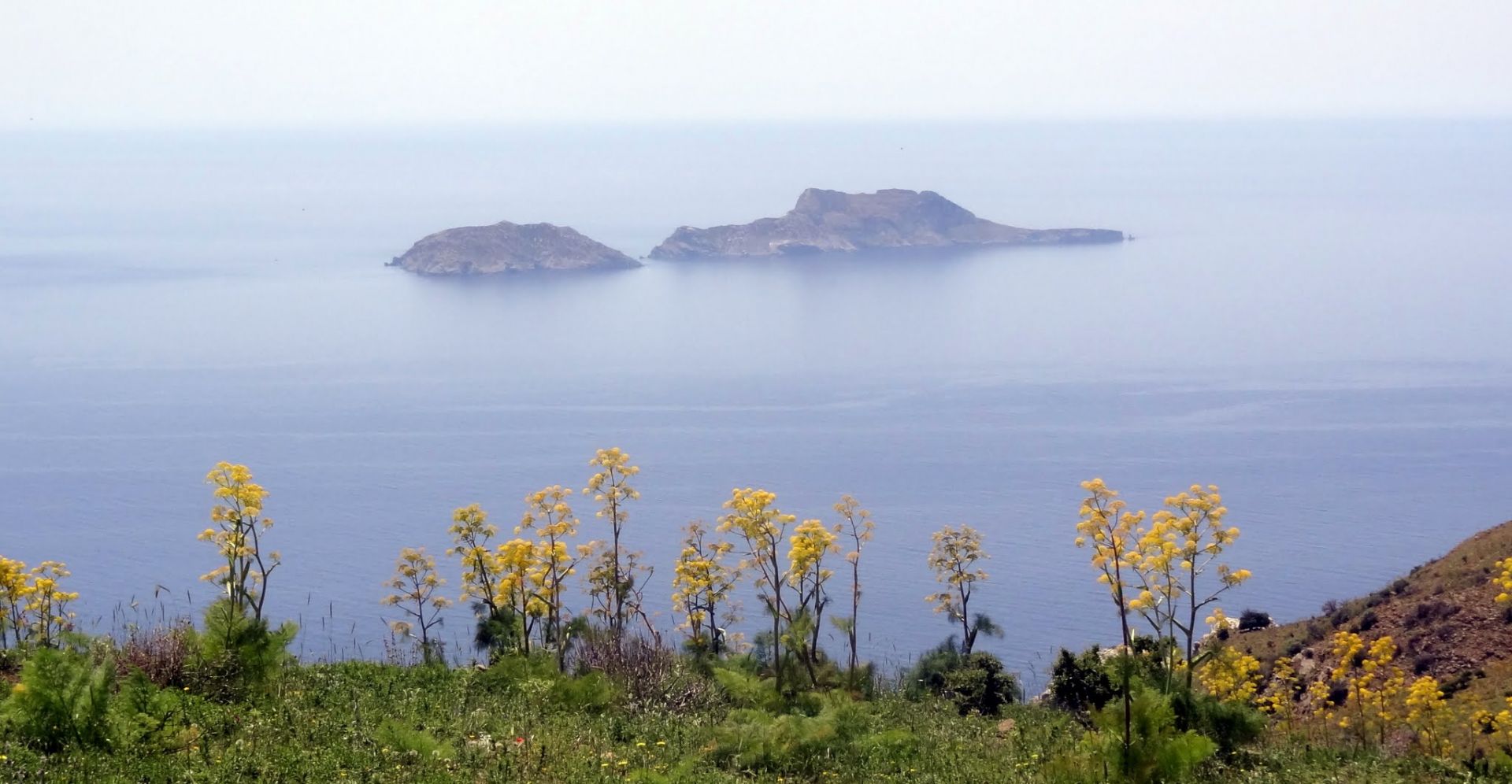 Paximadia Islands are two small uninhabited islets off the Gulf of Messara, 12km (7.5 miles) west of Matala. By far they seem like a single island because they are very close, but they are two separate islets, the Big and Small Paximadi, separated by a narrow strip of sea called Bogazi. You may also hear locals refer to these as "Elephant", since from Messara plane they remind of a lying elephant. Their total length is about 3km.

Almost nobody knows that there are beaches on Paximadia, since they are thought to be two large dry rocks in the sea. The east (small) Paximada hosts four magnificent tiny beaches with crystal clear waters and fantastic pebbles on the easternmost island. Paximadia can be accessed by excursion boats, running from Kokkinos Pirgos and Agia Galini.

The west Paximadi has its own beauty unknown to almost everyone. It hosts one really beautiful beach called Varkaki. From Varkaki starts the western corner of the island ending at the cape of Sakouleva. Sakouleva is a spooky, usually wavy place, full of wild colors. The reason for this colorful set is that Paximadia, despite their small size host a large number of different types of rocks resulting in a stunning variety of colors. In fact the entire Big Paximadi is an incredibly wild place with vertical cliffs leading to the pyramid of the peak, but the area of Sakouleva is the most impressive. From the boat you can reach up to the edge of Sakouleva with the towering rock. Just in front of the cape we see a small rock reminding of a sphinx. The majestic scenery continues until the cave of Tzigounas, the largest of the several caves of Paximadia.

Once dominated by Phaestos, a very strong, rich, populous and independent city, the little islands were called the Islets of Dionysoi, after Dionysos, the god of wine. It is said that the goddess Artemis, together with the nymph Vritomartis, often hunted in this area. Another name for these two rocks was Litoai or Letoae, after the goddess Lito, mother of Apollo and Artemis. Lito was worshipped in Phaestos. One legend says that Lito gave birth to Apollo and Artemis on these islets. Nowadays, the two rocky lumps are called Paximadia, because they resemble the shape of this ancient food. Paximadia is a traditional dry bread (rusk), named after the Hellenistic cook Paximus. 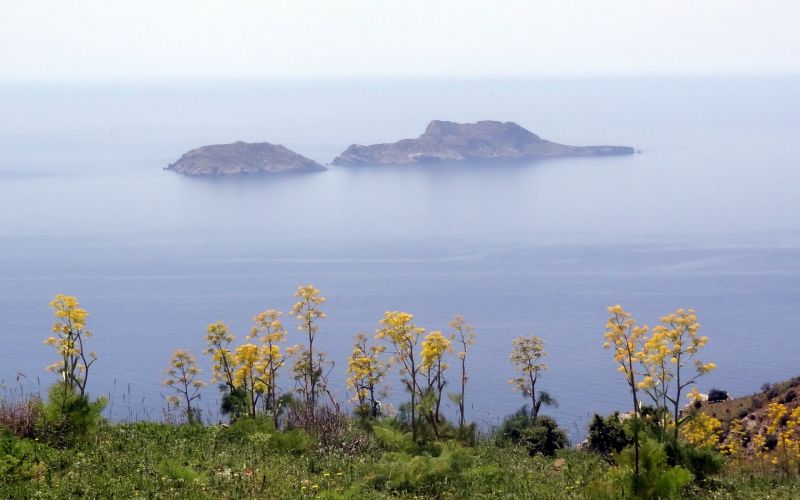 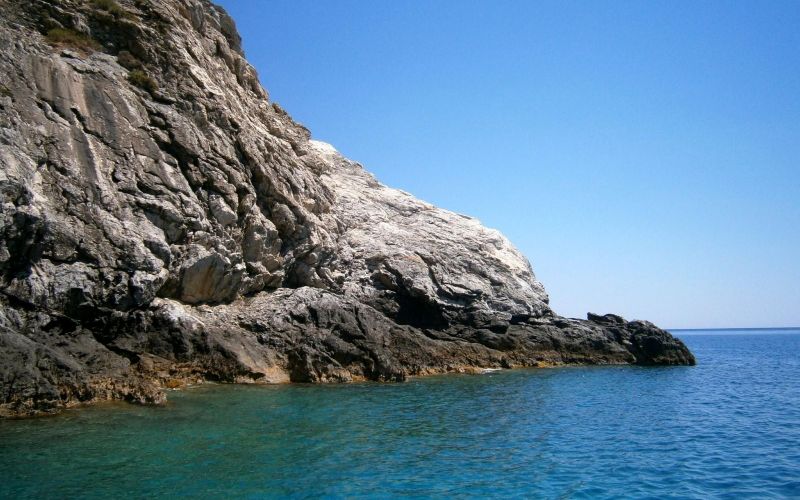 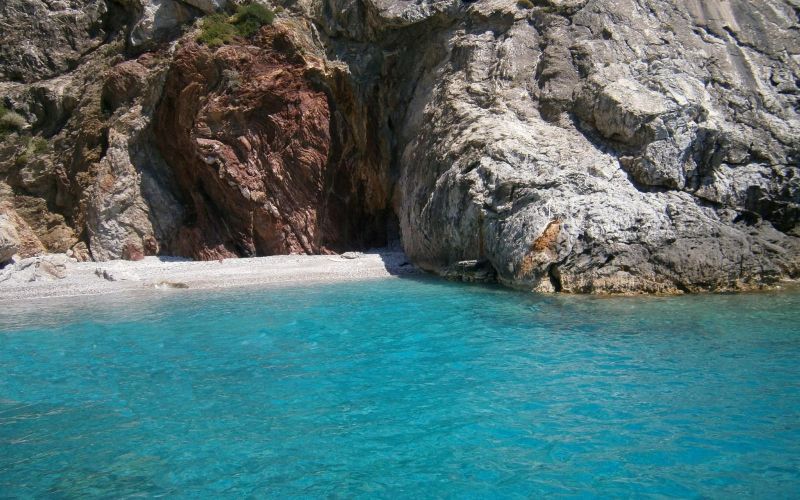 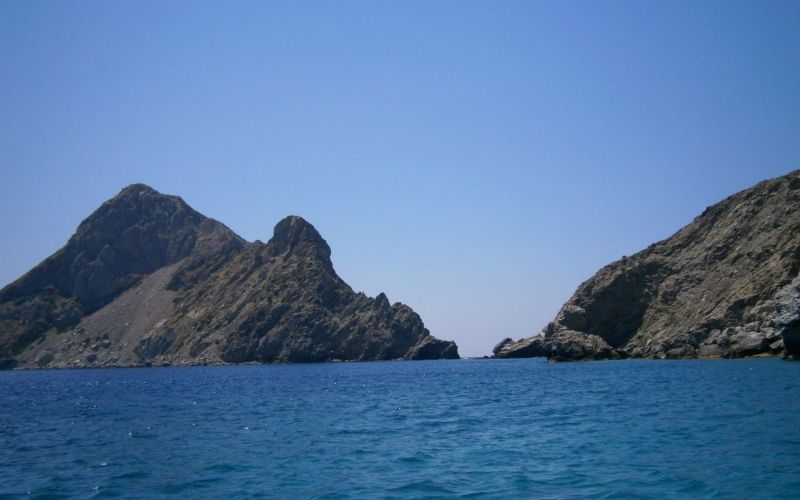 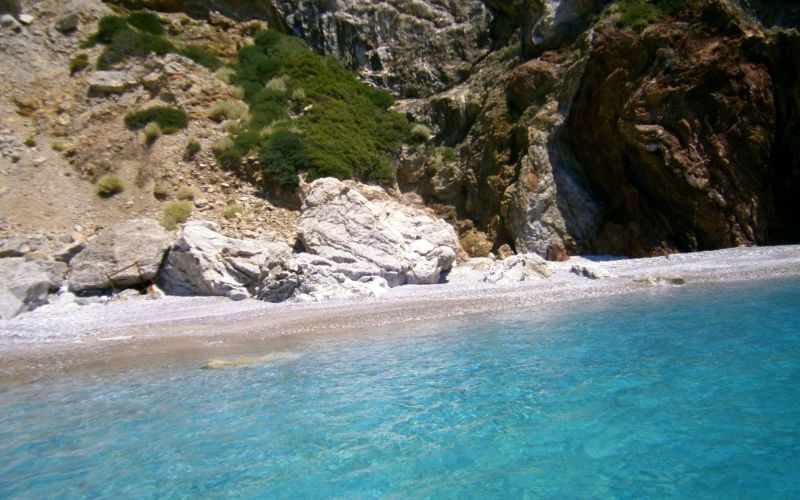 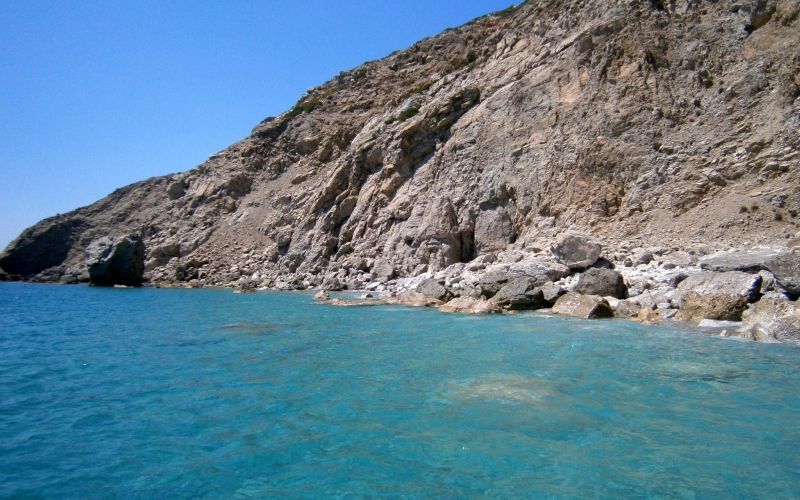 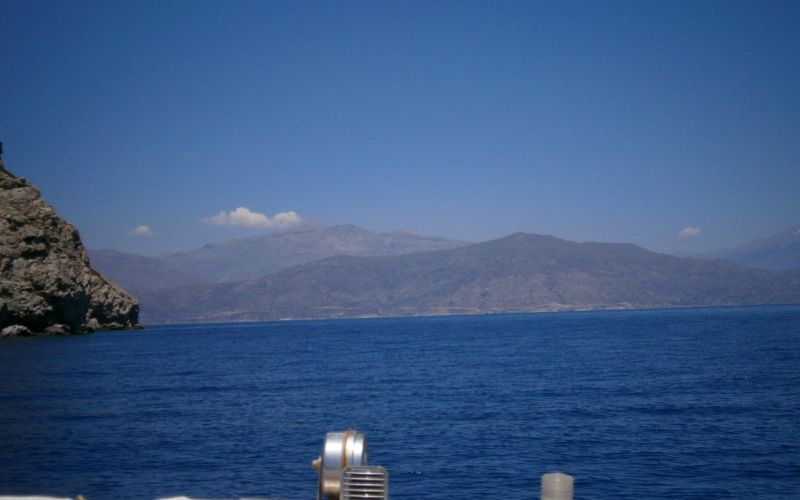 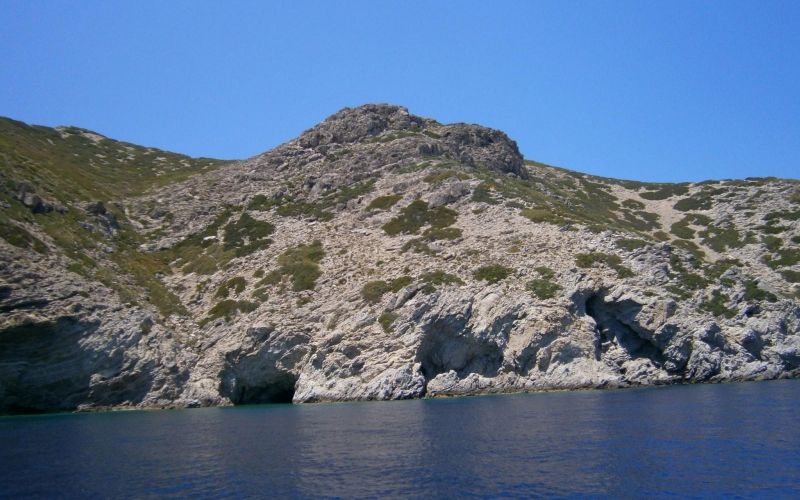 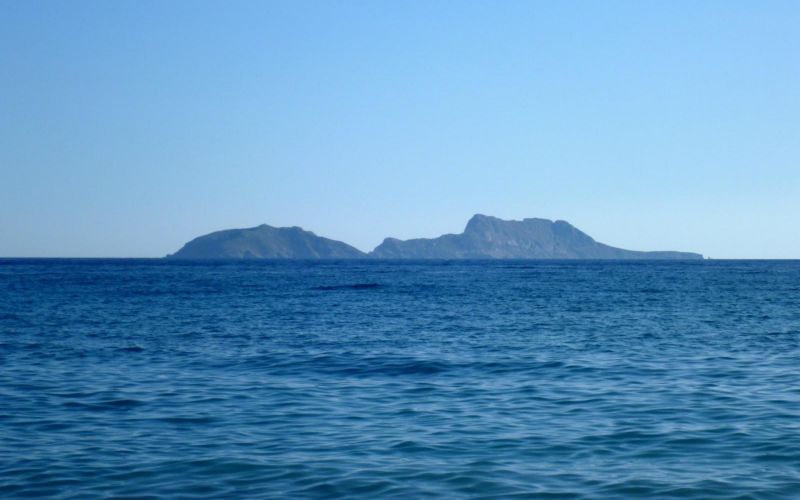 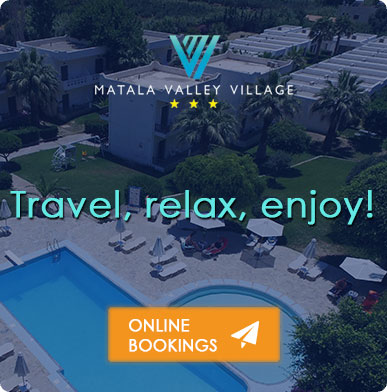